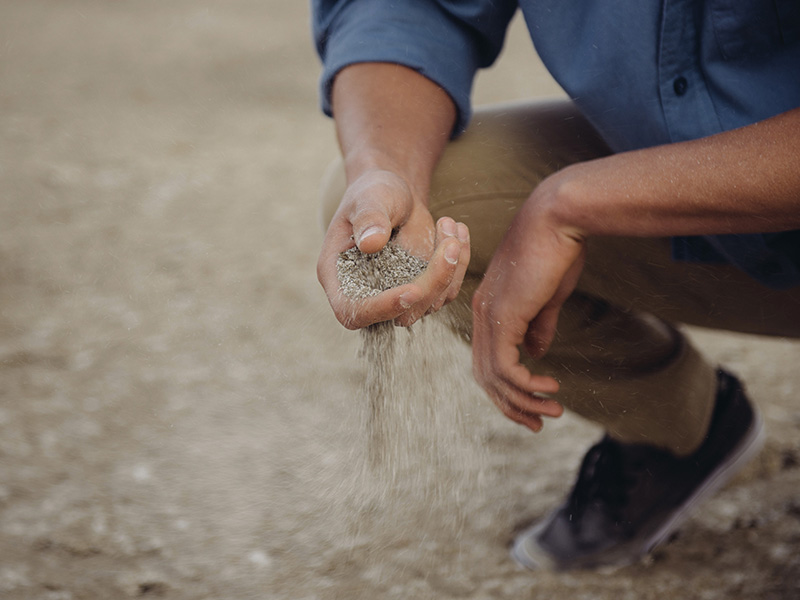 If you have read about our products containing the soil fungus Trichoderma, you know that a strong soil fungi population in your fields can lead to healthier, more productive plants. Trichoderma provides multiple benefits to its host plant. It enhances the anti-oxidative potential of the host. The fungus enhances the uptake of water and nutrients while increasing the photosynthetic capabilities of the host plant. As you can see, soil fungi have the ability to make a crop more productive, but did you know that these fungi can provide added benefits to no-till producers?

Soil fungi greatly increase the surface area for plant roots and efficiently transport nutrients back to the plant. The fungal hyphae (fungus filaments similar to a root hair) can explore up to 20% of the soil volume due to their small size compared to only 1% by root hairs. In no-till soil matrices where the soil has not been broken up by tillage, this enhanced penetration can increase the plant’s ability to collect and utilize nutrients.

Soil fungi in no-till fields also have a better chance of surviving and benefiting next year’s crop. Soil fungi often have enough resilience to convert from one resting stage to another when nutrient levels are low. Fungal hyphae must be in close contact with living or dead organic soil residues to absorb nutrient and survive. If a farmer keeps root systems intact over winter, or plants cover crops, the fungi may be able to latch on to these plants and remain active until the next growing season.

Soil fungi like the Trichoderma in our iGET technology have obvious benefits for plants in any growing conditions, and this research shows that it can have even more for plants in no-till soil conditions.

For more information, check out our iGET technology.

Information in this article was found at http://www.compostjunkie.com/support-files/the_role_of_soil_fungus.pdf.